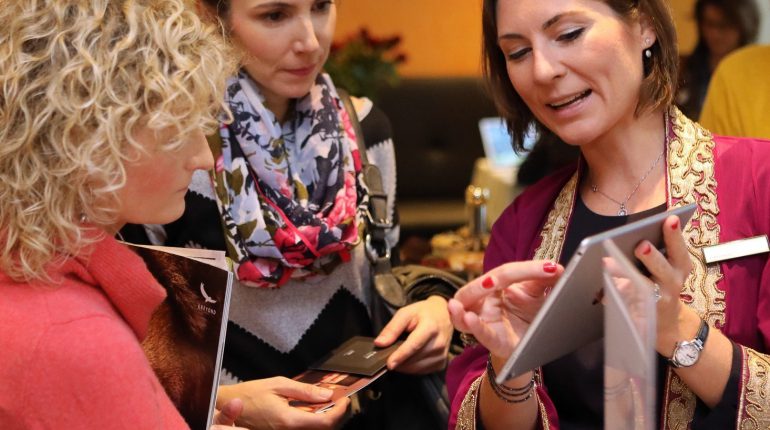 Munich/Berlin, February 27th, 2019 – The PR experts of segara Kommunikation are looking forward to another exciting ITB. For the 7th year in a row the Munich based team hosts its annual ITB Media Breakfast, which has earned its place as a highly desirable event for top travel and lifestyle journalists, who can join by personal invitation only. Based on the success and the excellent ROI, the following segara partners and clients will be attending this networking event:

What is so special about the segara media breakfast? And why do many hoteliers attend it regularly? Herbert Laubichler-Pichler, General Manager of Vietnamese five-star resort The Anam has a simple explanation: “We will be attending the segara media breakfast during ITB for the fourth year in a row. Hosted in a very nice location with a great atmosphere, the event underlines the very targeted media contacts segara has, and allows us to have one-on-one conversations with a remarkable number of high-profile journalists who are keen to get to know The Anam. And the best thing about it – new stories are being developed during the conversations, press trips negotiated, and some journalists are then welcomed at the resort just a few weeks after the breakfast.”

“Preparing such a media event feels like composing a perfect song. On one hand you must ensure that the partnering hotels complement each other with their own USPs and on the other hand you need the right journalists and media to gain visibility in the eyes of the right target groups. The exquisite portfolio of segara Kommunikation with some of the best hotels in the world needs to be covered by opinion leading media that reaches out to HNWI and UHNWI. We are talking about quality, not quantity!” emphasizes Heike Goetz, Managing Director of segara Kommunikation.

Whilst the ITB media breakfast by segara Kommunikation will open its doors on March 7th, the launch of this concept in Munich will be celebrated on March 11th.

Outlook for 2020: The segara ITB media breakfast in Berlin will be taking place on March 5, the sister event in Munich will be hosted on March 9.